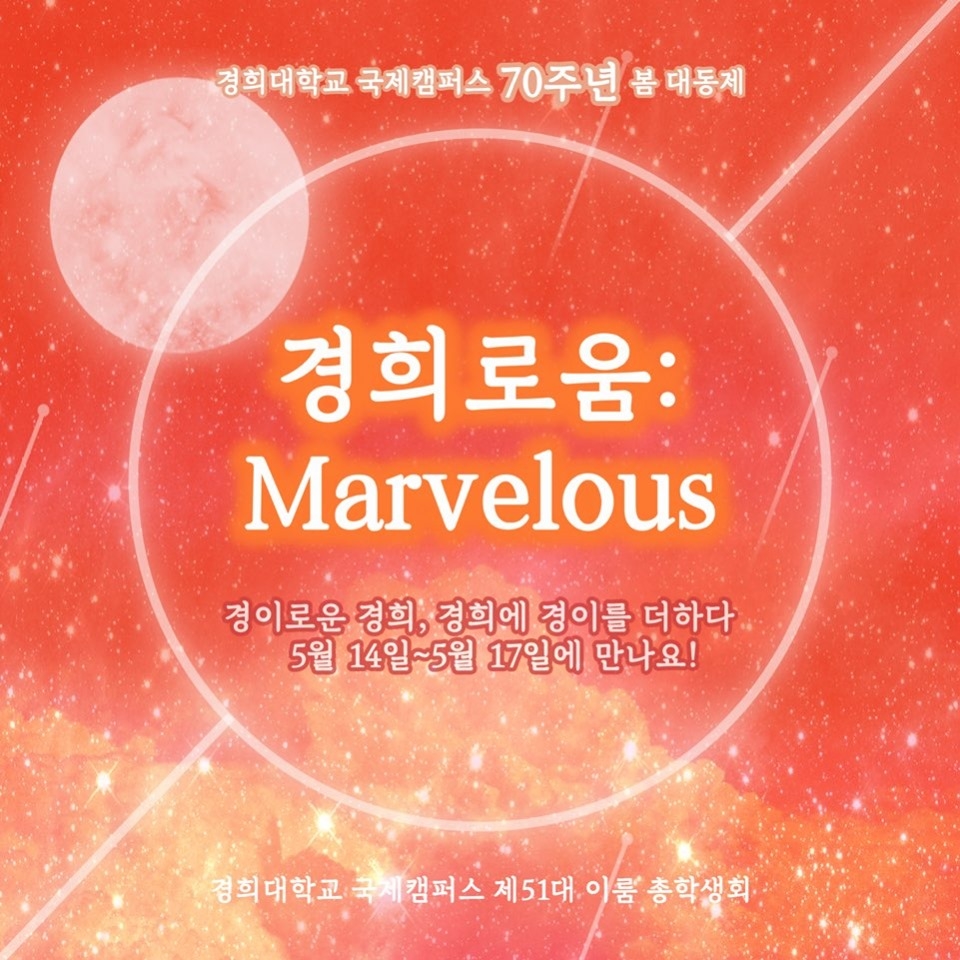 From May 14 to May 17, Kyung Hee University held its spring festival (봄 대동제) for this year. The festival allowed students and visitors to enjoy performances from celebrities, outdoor drinking vendors across campus and booths that sold various handmade items and food trucks. The slogan for this year's festival was "경희로움(marvelous)" from the Korean word "경이로움". The origin of the university festival was to commemorate students who had sacrified themselves during the democratic movement in 1980. Today, however, it has evolved for students to enjoy spring and their campus life. 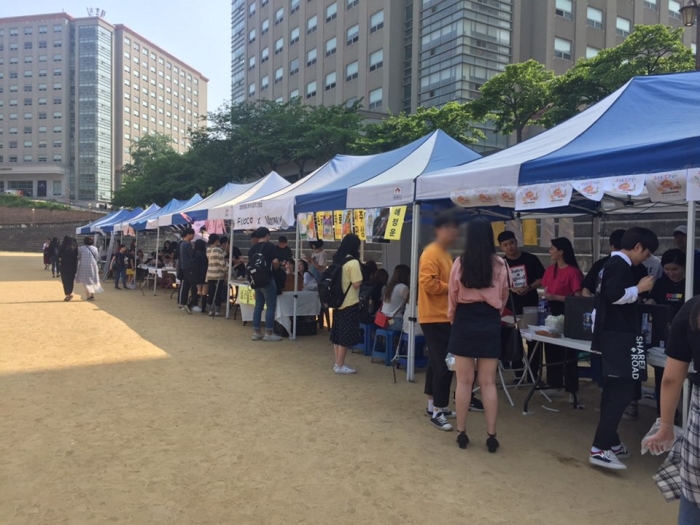 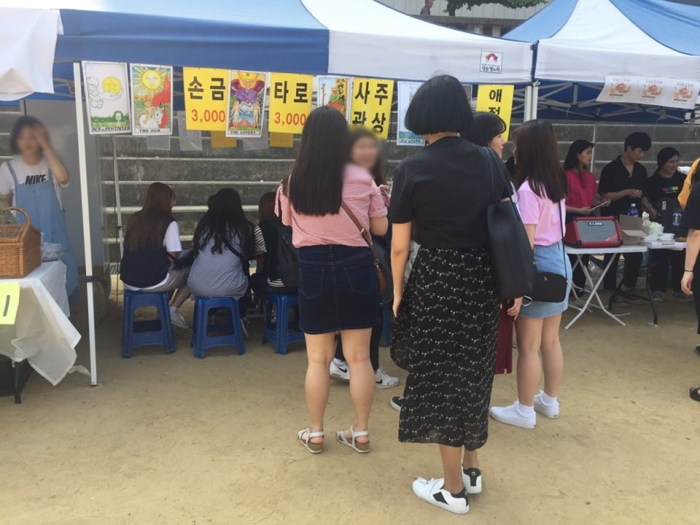 Before the performances start, students would visit the booths to participate in different activities and eat various street foods with friends. The most popular activity among students were playing tarot cards to see their fortunes in academics, love affairs and health. There were also booths with accessories such as handmade earrings, keychains and potteries as well as photo booths where students can take pictures. We could also watch the performances from students while eating the foods from the food trucks.

The first celebrity was '(G)I-DLE' who started their performance with their latest hit song "Latata". All the students and visitors used their cell phone lights to cheer for them and sang the songs together. The performance was followed by Dabichi, known for their harmonized duets. The group also gave a memorable performance by interacting with the audience and making people engage with them during the performance.