Saturday, 21th, November, the 13th Korea Youth Film Awards (KYFA) was held in Suwon Youth Center. The young participated in this festival had prepared since this March. 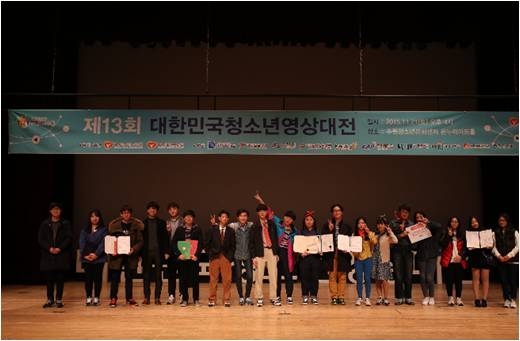 There are three teams, which consist of promotional team, GV (Guest Visit) team, and video production team. Wishing that this awards would finish well, they did their best for 9 months.

Head of the organizing committee said Teenagers had prepared all things, from pre-production to post-production. That is why this is invaluable for them. People who visited this awards watched thirty works. If you want to watch them, you can watch it on YouTube. It has no charge.

In addition, it arranged Talk Concert, which was for youth dreaming of working in media field. The hosts are Seong Ho Jang, a producer at EBS and Su Yeon Lee, a TV series producer. They told teenagers about the stories of their live experiences in their field.

[This article was written as part of SCVA(Suwon Center's Volunteer Activators) activities.]